How to get someone out of jail in Austin:

Law Maverick will help you get out of jail as fast as possible! Contact Brian to learn more at 512-601-8395, phones answered 24 hours/day. For an Austin Jail Release, criminal attorneys are permitted to do jail releases similar to bail bondsmen, and they can also negotiate terms of release with a magistrate or judge. When a client calls for a jail release they also are able to apply the payment to their actual legal representation, think of it as a down payment. Law Maverick accepts payment plans and accept all major credit cards. There is no case too big or too small, Law Maverick works with experts and investigators around the state to ensure the best results for every client. 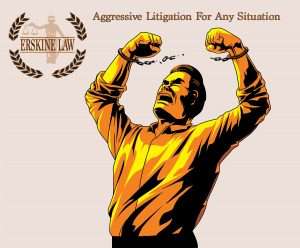 How does Law Maverick help with Austin Jail Release?

What are the steps in an Inmate Search and Austin Jail Release?

Where is my friend or loved one?

In Travis County, a person who has been arrested and is in custody of the Austin Police Department (or other Travis County department that is lawfully authorized to make arrests) is transferred to the central booking office located in the Blackwell-Thurman Criminal Justice Center, 509 West 11th Street, Austin, Texas 78701. To search for a loved one who has been arrested, visit https://public.co.travis.tx.us/sips/default.aspx. The police officer will submit a probable cause affidavit (PC affidavit for short), which basically states why the officer had reason to believe that a crime was committed. The police officer must turn in that PC affidavit within 24 hours of the arrest for a misdemeanor, or 48 hours after the arrest for a felony. Once the magistrate or judge reviews this probable cause affidavit, he or she will determine if there was enough probable cause for the police officer to make the arrest, and if so, set a bail amount. Then the person arrested will meet with the judge or magistrate, usually within 24 hours of the bond being set. Law Maverick can obtain a copy of this probable cause affidavit as soon as possible and review it prior to meeting with you, in most cases. Also, in most instances Brian can approach the magistrate or judge on your behalf and waive the magistrate process (which can sometimes take up to several hours, delaying the time your friend or loved one is released from jail).

The following is Travis County and Austin Inmate Search information. Please contact Brian right away for more detailed information and a free consultation.

Why can’t I just get a bail bond? Bail bondsmen generally charge a fee of around 10%-20% of the bond amount, which is only to secure jail release. Once out of jail, the arrested person must still hire a criminal attorney for the charge.  In many other counties, such as Williamson County and Bastrop County, bail bondsmen are the only ones authorized to arrange for jail release. If your friend or loved one was arrested in Williamson, Bastrop, Caldwell, Blanco, Burnet, or some other county, Law Maverick is still able to assist you in securing their release or finding bondsmen to get your person out of jail.