Use of the Horizontal Gaze Nystagmus Field Sobriety Test 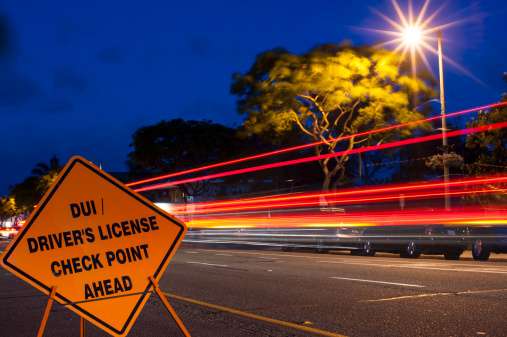 In Texas, driving under the influence of alcohol or an intoxicating or illegal substance is a crime taken extremely seriously. Texas state laws for driving while intoxicated (DWI) are very strict because the Lone Star State is concerned about the sometimes-fatal impact of DWIs on Texas roads. You can be arrested for DWI in Texas if a law enforcement officer suspects that you are impaired while driving, even without getting confirmation from a breath or blood test at the time of the traffic stop.

Texas law enforcement officers are permitted to use their discretion under state law to determine whether a driver is in control enough of the driver’s mental and physical faculties to safely operate a motor vehicle. The officers can request a breath or blood test to measure the blood alcohol concentration (BAC) in a person suspected of DWI, but they are not required to do so if other things support their suspicion. In Texas, if a police officer stops you from driving based on suspicion of impairment due to use of an illegal drug or alcohol, the officer can detain you and assess you according to a series of tests known as Standardized Field Sobriety Tests. Your performance on any single Standardized Field Sobriety Test (SFST) can provide the probable cause the officer needs to arrest you for DWI.

One of the SFSTs used by law enforcement officers is the Horizontal Gaze Nystagmus test. Horizontal gaze nystagmus is a naturally occurring, involuntary jerking of the eyeball that happens when a person gazes to the side. To administer the Horizontal Gaze Nystagmus (HGN) test, an officer presents a small object such as a pen or flashlight to the driver and asks the driver to look at and follow the object as the officer slowly moves it horizontally; the officer observes the eyes of the driver, looking for signs of impairment like an ability to track the moving object smoothly and jerking of the eyeballs that is out of the ordinary. These signs can point to impairment and serve as the basis of an arrest for DWI.

The HGN test is often challenged in court because its credibility as an assessment tool is often questioned. Many believe that it is too inaccurate a test to use. Another possible problem is if the HGN test is not conducted according to the specific guidelines set forth by the National Highway Traffic Safety Administration (NHTSA). These tests are questioned also because nystagmus is not always due to alcohol impairment; it can happen as a result of certain medical conditions or use of legal medications. Because of these problems, a judge can decide that the HGN test is inadmissible as evidence in DWI cases.

Texas DWI cases are serious and often very complicated. Having a lawyer with experience and success handling DWI cases is important to fight such a charge. If you or a loved one needs an attorney to fight DWI charges, especially in a case that SFSTs like the HGN test are being used as evidence, reach out to the counsel at Erskine Law. For a free consultation in Austin, Texas or the surrounding area, contact Attorney Brian Erskine online or by phone at 512-359-3030 to discuss the details of your DWI case.