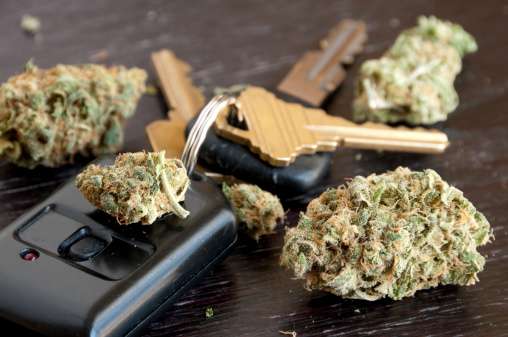 Drugged driving is a serious problem in the United States. One of the most pernicious drugs contributing to this problem is cannabis, or marijuana. The problem of drugged driving continues to grow as marijuana becomes more accessible and readily available across the country. Because of increased access to this drug, the number of people driving under its influence has increased significantly in recent years.

Drugs can cause major impairments to drivers. People under the influence of drugs have poor coordination and reaction/response times while driving, as well as skewed perception and judgment, and a decrease in overall attentiveness. These impairments vary from driver to driver because individuals have different levels of drug tolerance. Furthermore, many people who are stopped and arrested for driving under the influence (DUI, though this is actually charged as driving while intoxicated, or DWI) have used more than one drug or a combination of drugs and alcohol which can result in different impacts on their driving skills.

The National Highway Traffic Safety Administration (NHTSA) has been collecting data related to traffic accidents for years. As drugged driving has increased in recent years, NHTSA has begun reviewing the data to study the specific impacts of drug use on driving. With a focus on the duration of effects from drug use, the impact of drug interactions (i.e., more than one drug and/or alcohol), and the effects on skills required for driving, such as lane tracking and response times for breaking to stop. Though NHTSA has studied a wide range of drugs, one of the main drugs researched is marijuana. Marijuana alters a person’s ability to perform many different functions, including operating a motor vehicle.

NHTSA has conducted various research studies that show that marijuana has impacts on driving skills, both alone, in combination with other drugs, and in combination with alcohol; the studies show that impairments result from marijuana use by drivers. The most recent NHTSA 2013-2014 National Roadside Survey (NRS) notes that approximately 22% of drivers used marijuana (and/or another potentially impairing drug) during the workweek and on weekend nights, with between 12% and 15% specifically having used those drugs illegally (i.e., without a valid prescription or as an over-the-counter treatment for illness). And drivers under the influence of marijuana or other impairing drugs have been involved in deadly traffic accidents more and more in recent years. According to Mothers Against Drunk Driving (MADD), “a recent review at five trauma centers of fatally injured and seriously injured drivers showed 64% had at least one impairing substance in their system in the second quarter of 2020.” This statistic demonstrates that fatal crashes involving drivers under the influence of marijuana have increased significantly, especially since the drug has become more easily accessible across the US.

Law enforcement officers have the option to administer blood or breath tests to determine if an individual has a blood alcohol level that shows they have drunk enough alcohol to impair their driving skills; but there is no comparable test that is effective for detecting drugs like marijuana. Traffic officers who stop drivers suspected of marijuana DWI rely on field sobriety tests and/or observations by Drug Recognition Experts since no testing device exists that can detect marijuana and measure associated impairment in a driver. Different testing methods and devices are being researched now, in an effort to provide law enforcement with an appropriate and useful tool for keeping marijuana-impaired drivers of the street.

In part two of this blog topic, the research and development of roadside drug tests for use during traffic stops is discussed further.

If you or a loved one is charged with a marijuana DWI in the Austin, Texas area, consider seeking professional legal assistance from Erskine Law. Brian Erskine is a knowledgeable attorney with years of experience dealing with cannabis-related cases, including marijuana DUIs. He is committed to defending the rights of people like you who are facing such charges. Contact Brian Erskine any time to schedule a consultation for legal advice and guidance to help you fight marijuana DUI charges.