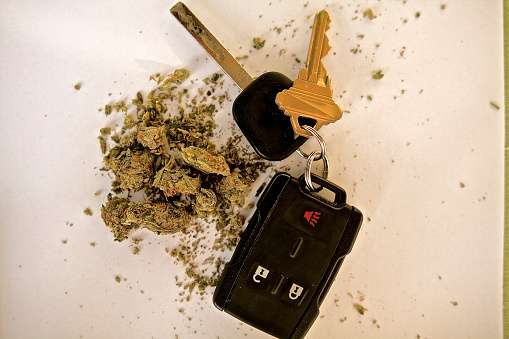 As marijuana has become more readily available in the US, it has increased as a public health concern. While there are many different drugs that can impair drivers, more and more people are driving under the influence of marijuana when they take to the roads. Marijuana is the most common illicit drug used by people who are arrested for involvement in traffic accidents while driving under the influence (DUI) of drugs, according to data from various studies.

Driving skills are compromised by marijuana use; data from various studies shows that this ubiquitous drug impairs overall driving performance, increasing the risk of crash involvement. More open access and increased use of marijuana due to the legalization of the drug in many states has resulted in a significant increase in marijuana-related crimes, including DUIs/DWIs. Law enforcement officers can administer blood or breath tests to determine if someone is impaired due to excessive alcohol use with a breathalyzer, a machine used in traffic stops for drivers suspected of alcohol DWIs. There is no machine like a breathalyzer that can test for marijuana use at this time, making it difficult to assess impairment in drivers suspected of marijuana DUI; subjective field sobriety tests by traffic officers and/or observations by Drug Recognition Experts are what law enforcement officers have to use. But because these assessment practices are subjective in nature, sometimes drivers are charged inappropriately; more research and development of roadside drug testing methods and devices is being done in the hope of keeping that from happening.

There have been research studies conducted that examine the effects of a variety of drugs on driving skills, with a focus on marijuana. According to research data from a June 2021 report from the US Department of Transportation and the National Highway Traffic Safety Administration, 56% of drivers involved in accidents resulting in serious injury and fatalities tested positive for at least one impairing drug (based on trauma centers studied between October and December of 2020). As the drugged driving problem in the United States continues to grow and limits on the tests that can be conducted on impaired driving suspects remain, new testing protocols and devices are being developed to help traffic officers determine the possible level of marijuana in a driver’s system. Breath tests and oral swab tests for marijuana are the most current types under development; none have been found to be accurate as of yet.

Being arrested for a cannabis-related crime in Texas is stressful and complicated, especially if you do not understand how the law is related to your case. If you or a loved one has been arrested and charged with a marijuana DUI/DWI in Austin, Texas or the surrounding area and need the services of a competent and experienced attorney to help you navigate the legal system, reach out to the team at Erskine Law. Brian Erskine has the knowledge to fight for you until the best possible outcome is reached in your case. For more information contact the professional counsel at Erskine Law online or by phone at (713) 225-0650 for a free consultation.