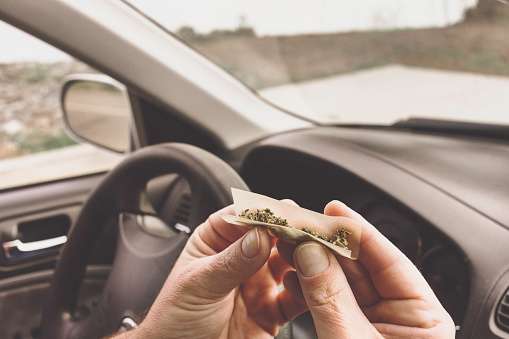 This blog post is part two of a discussion of drugged driving, specifically the increased concern that many traffic accidents involve drivers who are marijuana-impaired. This post will address the call being made for improved roadside drug testing methods and technologies for use by law enforcement officers, especially in light of limitations of driver behavior observations.

It is crucial for law enforcement officers to have valid drug testing resources available to them. They need unambiguous testing practices and reliable testing mechanisms for assessing potentially drugged drivers, and any level of impairment due to drug use. Officers need to be able to identify behaviors specifically associated with marijuana use as well as to detect the level of THC, the element in marijuana that causes impairment. Detection of marijuana impairment currently relies on a combination of observations of behaviors (often due to outlying factors) and blood tests (often with faulty results).

When it comes to noting behavioral indicators of impairment due to marijuana use, traffic officers use standardized field sobriety tests (SFSTs). But this method is problematic because SFSTs are not specific to a high enough level to distinguish the effects of marijuana on driver behavior from the effects of other impairing substances. Roadside testing methods based on observation do not currently allow for the consistent identification of behavioral markers specific to marijuana impairment. In an effort to address the inadequacies of SFSTs, scientists and researchers are being asked to continue investigating behavioral markers and their association with different means of marijuana ingestion; impactful THC concentrations from marijuana; and the effects of marijuana use on driving as it relates to crash risk.

Outside of SFSTs, oral fluid (i.e., saliva) testing is sometimes considered a better choice than blood testing for THC. One saliva test currently used in various countries (e.g., Canada, Australia, Germany, the UK) is the Dräger DrugTest 5000, favored over blood tests because of its portability, its requirement of a small sample of saliva, and its quick results. But while this test is preferred, it still is supported by SFSTs because it is not accurate enough (like blood tests): some data it to be accurate only about 85% of the time when used to test for THC, meaning that about one of every eight saliva tests yielded a false result.

Research and development are ongoing, with promising new developments, however. Researchers at Massachusetts General Hospital have been at the forefront of the development of more effective roadside drug testing devices that would allow arrests based on more conclusive information. They have concluded that a noninvasive brain imaging procedure they’ve explored is “an objective and reliable way to identify individuals whose performance has been impaired by THC, the psychoactive ingredient in cannabis,” and that portable, inexpensive brain-imaging apparatus can be made available to traffic officers. More accurate and reliable roadside testing resources like this can only increase safety on the roads.

As arrests for marijuana-impaired driving increase across the United States, more and more people will require legal assistance to fight the charges. If you or someone you know is facing such charges in Austin, Texas or the surrounding area, your best course of action is to consult with an attorney who has experience with cannabis-related cases. The competent and caring counsel at Erskine Law can help. If you need guidance regarding your marijuana-impaired driving case, contact Erskine Law today.

McVean, Ada. “Testing Drivers for THC Is a Lot Harder than Testing Them for Alcohol.” McGill University, Office for Science and Society, 18 June 2019, https://www.mcgill.ca/oss/article/health/testing-drivers-thc-lot-hard-testing-them-alcohol.