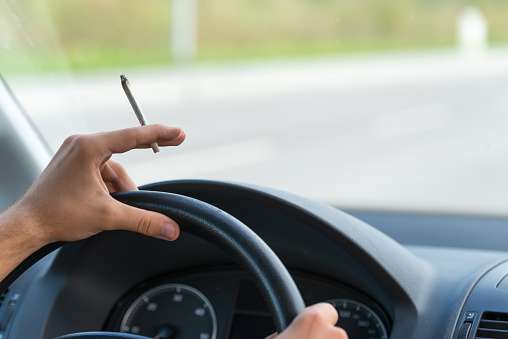 There is a growing concern in the United States that cannabis use is becoming the more prevalent cause of impairment amongst many drivers detained during traffic stops for possibly driving while intoxicated. As more and more drivers are discovered to have used cannabis, or marijuana, many people would like to see greater research and development in the area of roadside marijuana detection; there is a call for new technology that can help law enforcement officers determine when drivers are under the influence of and impaired by marijuana.

According to The Transportation Research Board, one of seven major programs of the National Academies of Sciences, Engineering, and Medicine, “[t]he emergence of drug-impaired driving, notably marijuana-impaired driving, is a priority concern among road safety stakeholders. In particular, the availability and potency of marijuana has increased, and the legalization of different forms of marijuana has occurred in many jurisdictions around the world. Moreover, this drug type has warranted greater attention in light of evidence suggesting that marijuana is more commonly detected in fatally injured drivers than other types of illicit drugs.” This supports the call for more reliable roadside tests, rivaling the breath tests used to determine excessive alcohol use in impaired drivers. Though some research has been done, there has been relatively little forward progress towards creating a roadside test that is quick and effective.

In the United States, drivers charged with driving while impaired are required to appear in court, whether the source of the impairment is drugs or alcohol. In many cases, both are involved, which is important to note because such cases tend to proceed based on an alcohol charge, while the drug charge is suspended. Why? Simply because tests for alcohol impairment are easier to administer, provide results faster, and are more accurate than any tests available for drugs. As marijuana use continues to increase, this problem continues to grow consistently as well.

Drugged driving cases are often extremely difficult to handle due to limitations that include unreliable testing protocols and the lack of effective roadside tests–unlike driver assessments for possible alcohol impairment, assessments for marijuana impairment are more difficult to make. Most drugged driving cases involve arrests made based on both subjective standardized field sobriety testing (SFST) and compromised results of blood testing. Impairment by THC (the main psychoactive marijuana element) is difficult for law enforcement officers to gauge because, as research has shown, marijuana absorption by, dispersion throughout, and elimination from the body is very complex; it is completely different from the same process for alcohol. As such, traffic officers have difficulty making objective assessments of behavior/physical impairments and the presence/excess of marijuana in drivers. Improved, drug-specific testing resources are needed for roadside testing in suspected drugged driving cases.

SFSTs are problematic when it comes to roadside testing of drivers thought to be under the influence of marijuana because they are often administered incompletely/ineffectively by traffic officers. Moreover, the observations the officers make are subjective enough that they can easily be called into question in terms of whether a driver’s behaviors are actually a result of drug use or due to other factors, such as tiredness, fearfulness, or something else.

The use of blood tests is also problematic when it comes to assessing drivers for drug use because any blood samples taken often are not collected quickly enough following the traffic stop to provide evidentiary results. In other words: because the drug metabolizes in the body over time, even the most minor of delays collecting the blood sample will yield inaccurate results–the test will not show the amount of THC present while the driver was actively operating the vehicle. Another issue that crops us with blood testing is that sometimes traffic officers who stop any individual they suspect of driving under the influence of marijuana do not always consider the Fourth Amendment to the US Constitution, which requires that blood tests cannot be administered without securing a blood search warrant (or getting informed consent from the accused or under exigent circumstances).

There are many problems with the protocols and procedures, as well as the testing devices available for determining whether or not a driver is impaired due to marijuana use. In part two of this blog post, different approaches to assessing drivers suspected of drugged driving will be discussed.

Marijuana-impaired driving is increasing across the United States, as the drug becomes more and more easily available. If you or a loved one is charged with drugged driving in Austin, Texas or the surrounding area, you should reach out for legal assistance from the counsel at Erskine Law. If you need help fighting charges for a marijuana-impaired driving or other drug offense, Brian Erskine is an attorney with an understanding of cannabis-related laws and experience handling such cases; he can help you with your case. Contact Erskine Law now.