Has Marijuana Been Legalized in Texas? 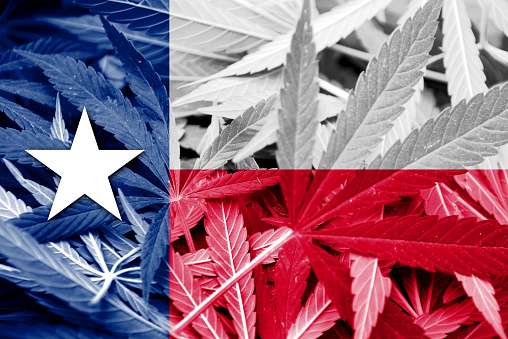 Across the United States, there has been a push to consider the legalization of the drug marijuana. So, has marijuana been legalized in Texas? The short answer is no. While some state governments have legalized possession and use of the drug in any circumstance, debates in Texas continue: Texas remains the largest prohibition state in the country, but with consideration.

The Lone Star State has some of the strictest marijuana laws in the nation. People across Texas are wondering if and when those laws will be changed or amended, resulting in marijuana becoming fully legal in the state, rather than just for some medical purposes. It is important for Texas citizens to know the law to avoid any marijuana-related trouble if they choose to use the drug for any reason.

The state of Texas has a compassionate use program for medical marijuana that has been continuously expanded since being put in place when the Compassionate Use Act was passed into law in 2015. The Texas Compassionate Use Program first allowed the legal use of low-THC cannabis products specifically for patients in Texas with intractable epilepsy at that time. now is applicable for other conditions besides epilepsy. Texas Governor Greg Abbott signed a bill into law during the state’s 2021 legislative session that expanded Texas’ medical marijuana usage for compassionate use, adding several medical conditions to the list of eligible maladies including PTSD, cancer, and many others. Patients with any of the eligible conditions are permitted by law to obtain medical marijuana licenses for the purchase, possession, and use of the drug to treat their illnesses as directed by a registered physician.

While supporters of marijuana use in Texas appreciate the legalization of the drug for medical use, they say that the state’s regulation does not allow for easy access for those who need it. They continue to call for further consideration of the regulatory aspects of the law. And at the same time, they continue their efforts to have marijuana legalized for recreational use as well. For instance, at one point, a bill calling for a decrease in the criminal penalties for the possession of marijuana products passed in the Texas House, offering hope to Texans who support legalization; but that bill later died in committee and no changes were achieved. So far, all efforts to fully expand access to marijuana in Texas have stalled in the state legislature.

Texas has marijuana laws that are firmly entrenched, with harsh penalties for infractions related to the use, possession, sale, distribution, production, and the cultivation and growing of the drug. Penalties range from class C misdemeanors to class A felonies for violations of the law, per the Texas Controlled Substances Act–for instance, some convicted offenders can receive a sentence ranging from 180 days in jail with a $2000 fine to life in prison with a $50000 fine. Understanding Texas marijuana laws is important: citizens must be aware of the laws and the penalties that they might face if they are involved with the drug.

If you or a loved one is charged with a marijuana-related crime in Austin, Texas, or the surrounding area, you should seek legal assistance from the experienced legal counsel at Erskine Law. For assistance fighting charges for a marijuana-related offense in Austin, Texas, or the surrounding area, reach out to Erskine Law, to a legal professional with an in-depth understanding of marijuana laws. With over a decade of experience handling marijuana cases, attorney Brian Erskine has the skill and expertise to help you. Contact Erskine Law today.